"This Caldecott Medal-winning African tale evokes the Cinderella story, as well as the traditional theme of good triumphing over evil. Readers will identify with the kind, patient Nyasha, while delighting in the fate met by the evil sister, Manyara." 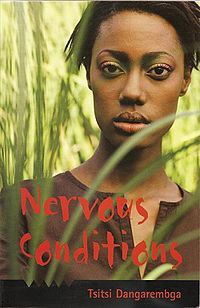 "A modern classic in the African literary canon and voted in the Top Ten Africa's 100 Best Books of the 20th Century, this novel brings to the politics of decolonization theory the energy of women's rights. An extraordinarily well-crafted work, this book is a work of vision. Through its deft negotiation of race, class, gender and cultural change, it dramatizes the 'nervousness' of the 'postcolonial' conditions that bedevil us still. In Tambu and the women of her family, we African women see ourselves, whether at home or displaced, doing daily battle with our changing world with a mixture of tenacity, bewilderment, and grace."

3. The Color Purple by Alice Walker 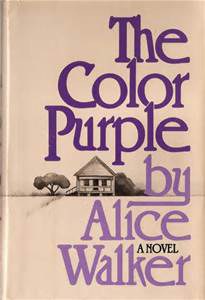 "Alice Walker's The Color Purple weaves an intricate mosaic of women joined by their love for each other, the men who abuse them, and the children they care for. "

4. For Colored Girls Who Have Considered Suicide / When The Rainbow Is Enuf by Ntozake Shange 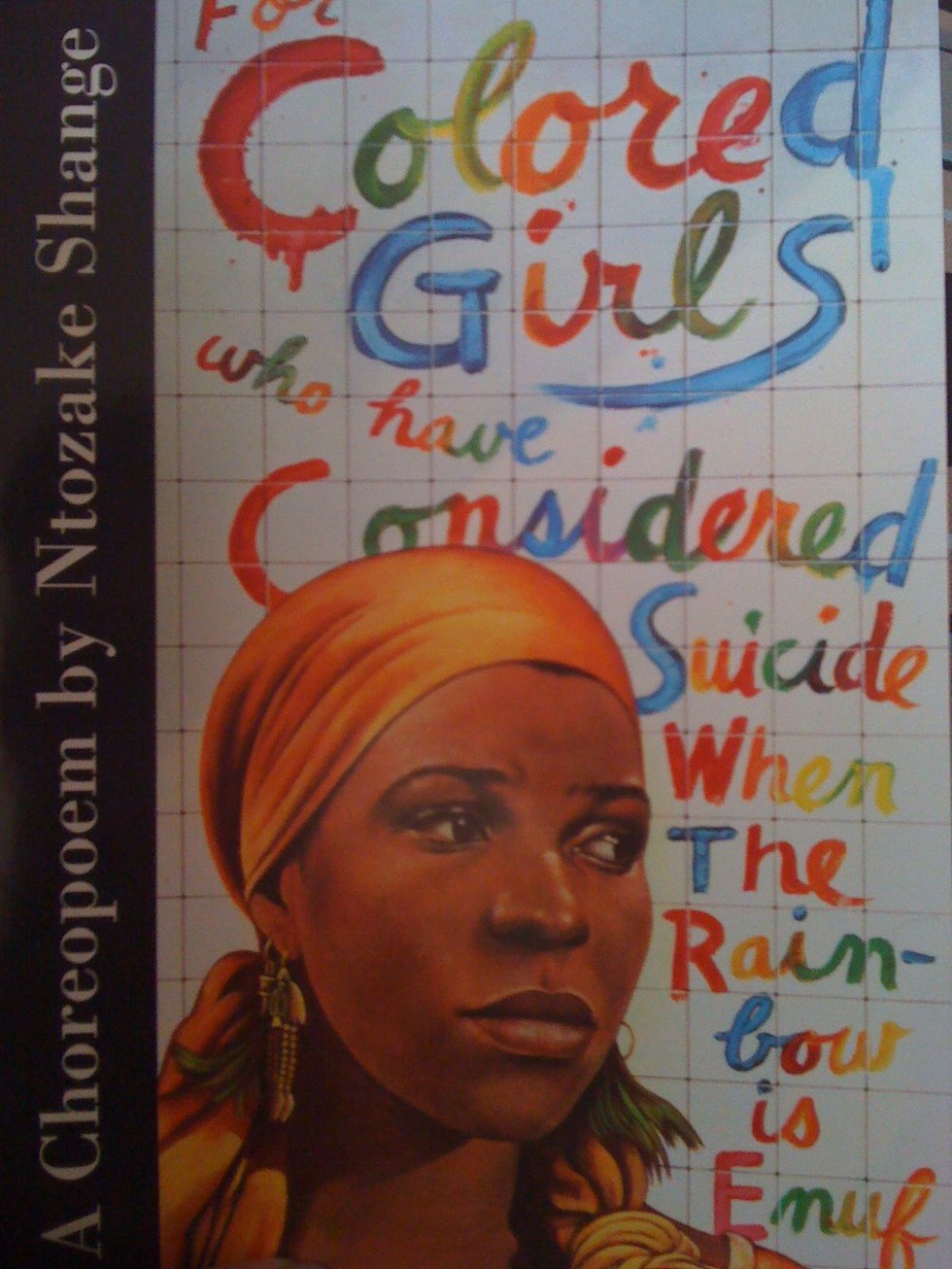 "This groundbreaking "choreopoem" is a spellbinding collection of vivid prose and free verse narratives about and performed by Black women. Capturing the brutal, tender and dramatic lives of contemporary Black women, For Colored Girls... offers a transformative, riveting evening of provocative dance, music, and poetry." 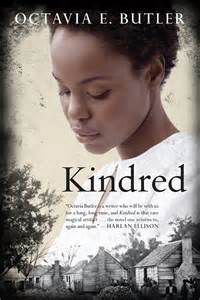 "Dana, a modern black woman, is celebrating her twenty-sixth birthday with her new husband when she is taken abruptly from her home in California and transported to the antebellum South. Rufus, the white son of a plantation owner, is drowning, and Dana has been summoned to save him. Dana is drawn back repeatedly through time to the slave quarters, and each time the stay grows longer, more arduous, and more dangerous until it is uncertain whether or not Dana's life will end, long before it has a chance to begin."

6. When Chickenheads Come Home to Roost by Joan Morgan 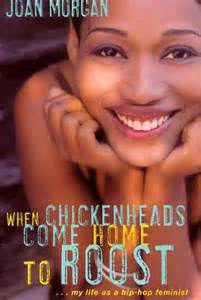 "A new voice of the hip-hop generation speaks out about the reality of being a Black woman in America today. In this fresh, funky, and ferociously honest book, award-winning journalist Joan Morgan bravely probes the complex issues facing African-American women in today's world: a world where feminists often have not-so-clandestine affairs with the most sexist of men; where women who treasure their independence often prefer men who pick up the tab; and where the deluge of baby mothers and baby fathers reminds black women who long for marriage that traditional nuclear families are a reality for less than 40 percent of the African-American population."

7. I Know Why the Caged Bird Sings by Maya Angelou 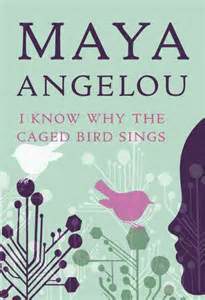 I Know Why the Caged Bird Sings is a 1969 autobiography about the early years of American writer and poet Maya Angelou. The first in a seven-volume series, it is a coming-of-age story that illustrates how the strength of a character and a love of literature can help overcome racism and trauma. The book begins when three-year-old Maya and her older brother are sent to Stamps, Arkansas, to live with their grandmother and ends when Maya becomes a mother at the age of 16. In the course of Caged Bird, Maya transforms from a victim of racism with an inferiority complex into a self-possessed, dignified young woman capable of responding to prejudice. "

8. Whatever Happened to Daddy's Little Girl?: The Impact of Fatherlessness on Black Women by Jonetta Rose Barras 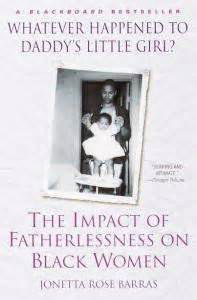 "What happens to a little girl who grows up without a father? Can she ever feel truly loved and fully alive? Does she ever heal–or is she doomed to live a wounded, fragmented life and to pass her wounds down to her own children? Fatherlessness afflicts nearly half the households in America, and it has reached epidemic proportions in the African-American community, with especially devastating consequences for black women. In this powerful book, accomplished journalist Jonetta Rose Barras breaks the code of silence and gives voice to the experiences of America's fatherless women–starting with herself. "

9. Sisters of the Yam: Black Women and Self-Recovery by Bell Hooks 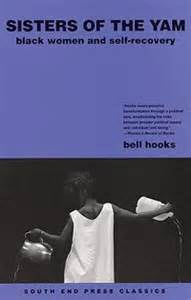 "Bell Hooks addresses the inner well-being of black women and how their development is shaped by the daily assault of institutionalized structures of domination. Tackling such issues as addiction, truth-telling, work, grieving, spirituality, eroticism, reconciliation and forgiveness, community and estrangement from nature, hooks shares numerous strategies for self-recovery that can heal individuals and empower effective struggle against racism, sexism, and consumer capitalism. " 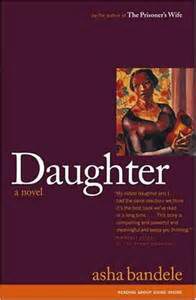 "Daughter tells a tragic, too-familiar story: a promising young African-American is mistakenly shot by the police in Brooklyn, NY. Nineteen-year-old Aya has been getting her life together after a brush with the law and is working hard to earn a college degree. Only the coolness of her beautiful, distant single mother, Miriam, prevents her from being truly happy. When Aya is gravely wounded, Miriam is forced to face her own past and examine her emotionally arid life. "

11. Incidents in the Life of a Slave Girl by Harriet A. Jacobs 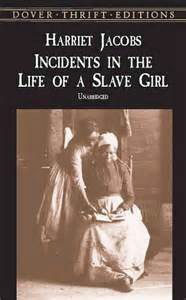 "Incidents in the Life of a Slave Girl" is an autobiography by a young mother and fugitive slave published in 1861 by L. Maria Child, who edited the book for its author, Harriet Ann Jacobs. Jacobs used the pseudonym Linda Brent. The book documents Jacobs' life as a slave and how she gained freedom for herself and for her children. "

13. Their Eyes Were Watching God by Zora Neale Hurston 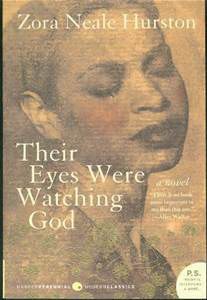 "Their Eyes Were Watching God " tells the story of Janie Crawford—fair-skinned, long-haired, dreamy woman—who comes of age expecting better treatment than what she gets from her three husbands and community. Then she meets Tea Cake, a younger man who captivates Janie's heart and spirit and offers her the chance to relish life without being one man's mule or another man's adornment. "

14. The Bluest Eye by Toni Morrison 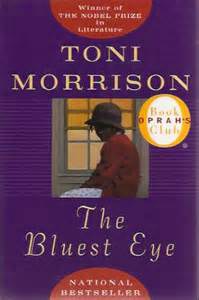 "The Bluest Eye is Toni Morrison's first novel, a book heralded for its richness of language and boldness of vision. Set in the author's girlhood hometown of Lorain, Ohio, it tells the story of black, eleven-year-old Pecola Breedlove. Pecola prays for her eyes to turn blue so that she will be as beautiful and beloved as all the blond, blue-eyed children in America."

15. The Women of Brewster Place by Gloria Naylor 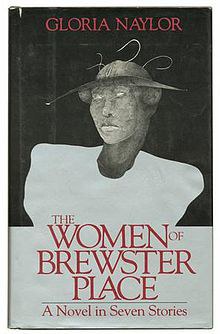 "The Women of Brewster Place explores the lives of both men and women in an urban setting and examines relationships, both in terms of friendship and romantic love, including homosexual relationships.In each of the "Seven Stories" of its subtitle, one or more of the seven women are involved with the main character of that particular story, such as Mattie appearing in Etta Mae's story or Kiswana showing up in Cora Lee's."

16. A Belle in Brooklyn: The Go-To Girl for Advice on Living Your Best Single Life by Demetria L. Lucas 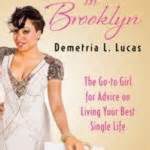 Would you date yourself right now? Move over, Carrie Bradshaw! Dating and relationships guru Demetria Lucas, creator of the award-winning blog A Belle in Brooklyn, celebrates the joys and the challenges of singlehood in this fun and candid book. Filled with relatable anecdotes and lessons from her own experience, advice garnered from interviews with other experts, and revelations from hundreds of conversations with her Male Mind Squad—a committee of thirty men from varying backgrounds who answer the tough questions about sex, dating, and relationships—A Belle in Brooklyn encourages you to embrace your freedom and foster your personal development. It also offers invaluable tips for finding a suitable mate when you are ready for one. In the meantime, enjoy your single life—with or without Mr. Perfect! "

17. Souls of My Sisters: Black Women Break Their Silence, Tell Their Stories and Heal Their Spirits by Dawn Marie Daniels and Candace Sandy 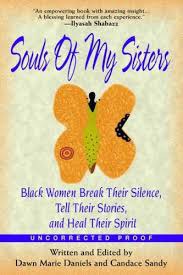 "In this revised edition, black women from all walks of life candidly reveal how they overcame challenges just like the ones you're facing now. From Patti Labelle, Terrie M. Williams, LisaRaye McCoy, and Mary J. Blige to single moms and spiritual leaders, these diverse females have bonded together in print, for the first time, to discuss the issues that have touched their lives. You'll find a few new stories and learn what has happened to some of these Souls Sisters in this revised edition. "

18. The Sisters Are Alright: Changing the Broken Narrative of Black Women in America by Tamara Winfrey Harris 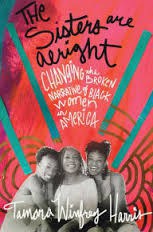 "The Sisters Are Alright exposes anti-black-woman propaganda and shows how real black women are pushing back against distorted cartoon versions of themselves." 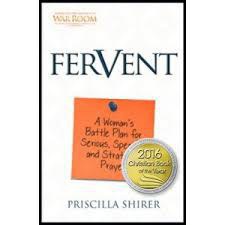 "New York Times bestselling author Priscilla Shirer, widely known for her international speaking, teaching, and writing ministries, brings her new role from the 2015 film War Room into the real lives of today's women, addressing the topics that affect them most: renewing their passion, refocusing their identity, negotiating family strife, dealing with relentless regrets, navigating impossible schedules, succeeding against temptation, weathering their worst fears, uprooting bitterness, and more. Each chapter exposes the enemy's cruel, crafty intentions in all kinds of these areas, then equips and encourages you to write out your own personalized prayer strategies on tear-out sheets you can post and pray over yourself and your loved ones on a regular basis. "

20. Year of Yes: How to Dance it Out, Stand in the Sun and Be Your Own Person by Shonda Rhimes 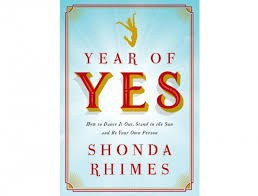 "The mega-talented creator of Grey's Anatomy and Scandal and executive producer of How to Get Away With Murder chronicles how saying YES for one year changed her life―and how it can change yours, too. " 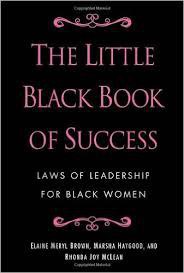 " In this engaging and invaluable “mentor in your pocket," three dynamic and successful black female executives share their strategies to help all black women, at any level of their careers, play the power game—and win. Rich with wisdom, this practical gem focuses on the building blocks of true leadership—self-confidence, effective communication, collaboration, and courage—while dealing specifically with stereotypes (avoid the Mammy Trap, and don't become the Angry Black Woman) and the perils of self-victimization (don't assume that every challenge occurs because you are black or female)." Some leaders are born, but most leaders are made—and The Little Black Book of Success will show you how to make it to the top, one step at a time.

22. All the Joy You Can Stand: 101 Sacred Power Principles for Making Joy Real in Your Life by Debrena Jackson Gandy 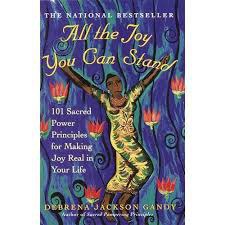 "As a successful writer, keynote speaker, consultant, and seminar leader, Debrena Jackson Gandy has helped thousands of African-American women access their inner power and live life more joyfully and boldly. All the Joy You Can Stand: 101 Sacred Power Principles for Making Joy Real in Your Life is the eagerly anticipated follow-up to her best-seller, Sacred Pampering Principles. This engaging, thought-provoking book features 101 Power Principles that will help you tap into what brings you joy in your life and give you the spiritual tools to manifest the desires of your heart ."

23. Waiting to Exhale by Terri McMillan 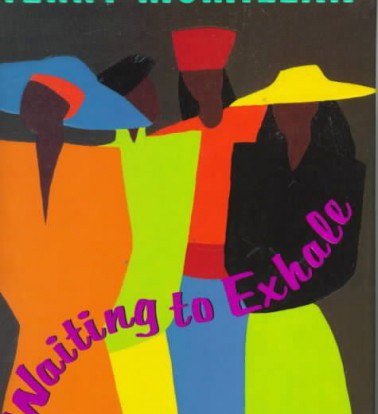 "From the critically acclaimed author of A Day Late and a Dollar Short and The Interruption of Everything, a wise, earthy story of a friendship between four African American women who lean on each other while "Waiting to Exhale": waiting for that man who will take their breath away. "

24. The Street by Ann Petry 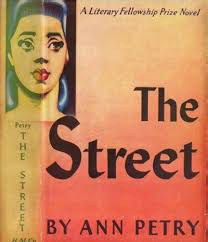 "The Street tells the poignant, often heartbreaking story of Lutie Johnson, a young black woman, and her spirited struggle to raise her son amid the violence, poverty, and racial dissonance of Harlem in the late 1940s. "

25. Various Works by Audre Lorde including:

Zami: A New Spelling of My Name: A Biomythography

I Am Your Sister: Collected and Unpublished Writings of Audre Lorde 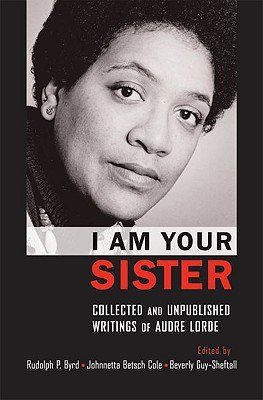 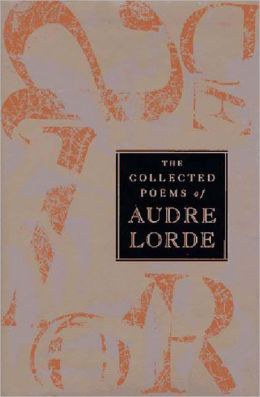 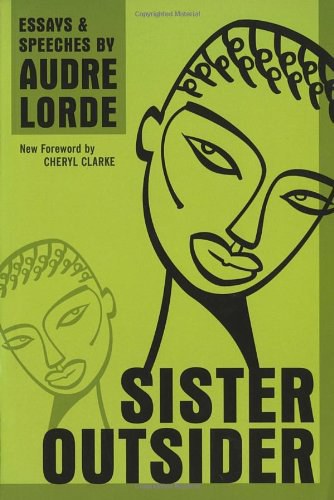 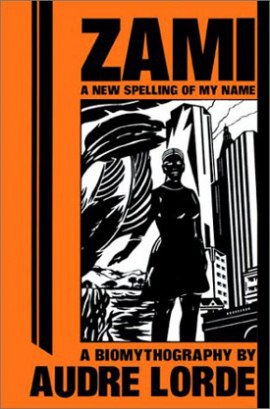 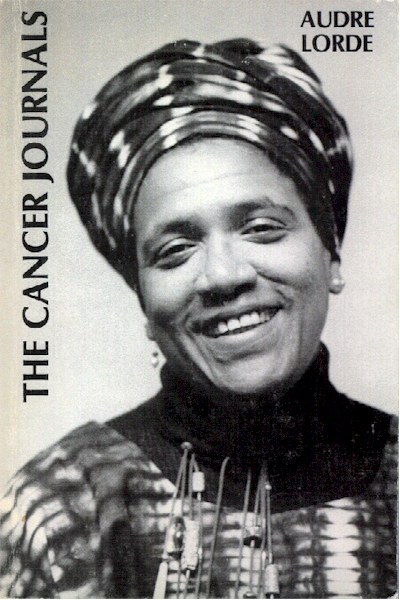 As an Amazon Associate, Odyssey may earn a portion of qualifying sales.