About The Author - Marcus Garvey 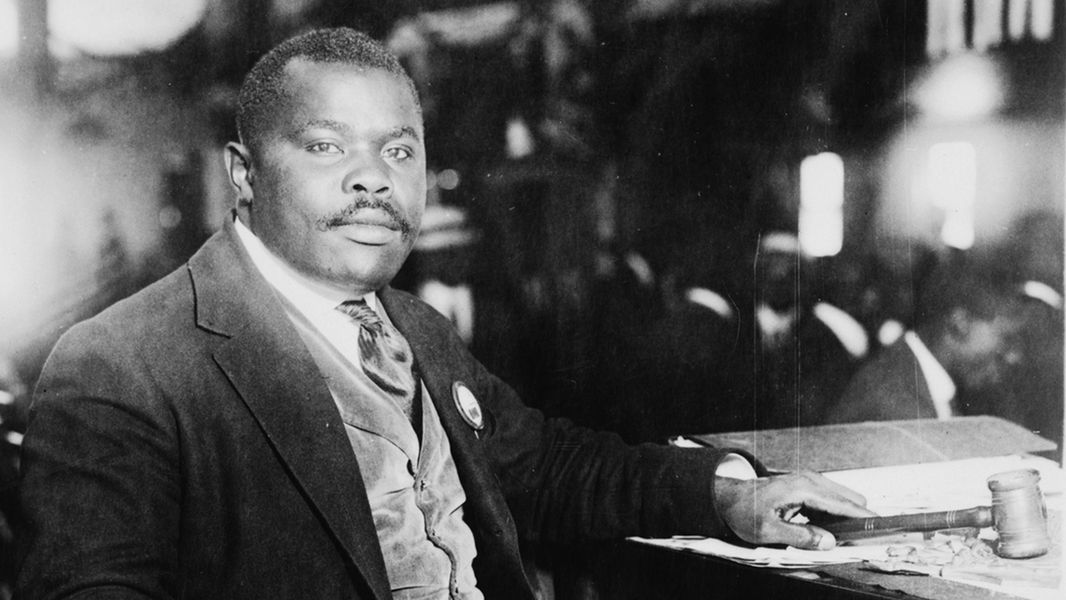 Marcus Garvey was a Jamaican-born Black nationalist and leader of the Pan-Africanism movement, which sought to unify and connect people of African descent worldwide. In the United States, he was a noted civil rights activist who founded the Negro World newspaper, a shipping company called Black Star Line and the Universal Negro Improvement Association, or UNIA, a fraternal organization of black nationalists. As a group, they advocated for “separate but equal” status for persons of African ancestry, and as such they sought to establish independent Black states around the world, notably in Liberia on the west coast of Africa.

Marcus Moziah Garvey was born on August 17, 1887 in St. Ann’s Bay, Jamaica to Marcus Garvey Sr. and Sarah Jane Richards. His father was a stonemason and his mother was a household servant. Though the couple had 11 children, only Marcus and one other sibling survived into adulthood.

Garvey attended school in Jamaica until he was 14, when he left St. Ann’s Bay for Kingston, the island nation’s capital, where he worked as an apprentice in a print shop. He later said he first experienced racism in grade school in Jamaica, primarily from white teachers.

While working in the print shop, Garvey became involved in the labor union for print tradesmen in Kingston. This work would set the stage for his activism later in life.

Garvey spent time in Central America, where he had relatives, before moving to London in 1912. While in Britain, he attended the University of London’s Birkbeck College, where he studied law and philosophy.

He also worked for a Pan-Africanism newspaper and led debates at Speakers’ Corner in Hyde Park, London, a famous spot in the city for public discourse, even today.

After two years in London—where he received an education that would likely have been unavailable to him in the Americas because of the color of his skin—Garvey returned to Jamaica. It was during this time that he started the Universal Negro Improvement Association.

Garvey also began corresponding with Booker T. Washington, the African American leader, author and activist who had been born into slavery. In 1916, Garvey boarded a ship bound for the United States, where—as a dramatic and invigorating public speaker—he intended to go on a lecture tour.

He ended up settling in New York City, where he first spoke at the famous St. Mark’s Church before embarking on a 38-city speaking tour. He also took on work in a print shop to make ends meet.

While in New York, he authored the “Declaration of Rights of the Negro Peoples of the World,” which was ratified at the convention of the Universal Negro Improvement Association at Madison Square Garden in 1920. It was during this meeting that Garvey was also elected “Provisional President” of Africa.

In many of his lectures, Garvey summarized his views on the rights of African Americans by noting, “The first dying that is to be done by the Black man in the future will be done to make himself free. And then when we are finished, if we have any charity to bestow, we may die for the white man. But as for me, I think I have stopped dying for him.”

He also told members of the Universal Negro Improvement Association in 1921, “If you want liberty you yourselves must strike the blow. If you must be free, you must become so through your own effort … Until you produce what the white man has produced you will not be his equal.”

Garvey established the first U.S. chapter of the Universal Negro Improvement Association in 1917 in Harlem, and began publishing the Negro World newspaper. Soon, his speaking engagements took on an angry tone, in which he questioned how the United States could call itself a democracy when across the country people of color were still oppressed.

By 1919, he and his associates set up the shipping company Black Star Line under the auspices of the Universal Negro Improvement Association, which by then had grown to include more than four million members.

Not long after the Black Star Line had purchased its first ship, the S.S. Yarmouth, and rechristened it the S.S. Frederick Douglass, the company began its “African Redemption” Liberia program, with the idea of establishing a nation on the west coast of Africa for African Americans, or those who were born into slavery or were the descendants of enslaved people.

Garvey was married twice: His first marriage to Amy Ashwood, who was a fellow activist in the Universal Negro Improvement Association, ended in divorce in 1922.

Because of his outspoken activism and Black nationalism, Garvey became a target of J. Edgar Hoover at the Bureau of Investigation (BOI), a precursor to the FBI. The BOI began investigating Garvey on charges of mail fraud in connection with a brochure for the Black Star Line that included a photo of a ship before the company actually had a vessel in its fleet. Hoover, who referred to Garvey as a “notorious negro agitator,” even hired the first Black FBI agent in 1919 to spy on Garvey.

In 1923, after a controversial trial, Garvey was found guilty of these charges and sentenced to a maximum of five years in prison. He blamed a Jewish judge and Jewish jurors for his conviction, saying that they sought retribution against him after he had agreed to meet with the Grand Wizard of the Ku Klux Klan (K.K.K.) several months prior to the trial.

Garvey believed he and the K.K.K. shared similar views on segregation, given that he sought a separate state for African Americans.

He began serving his sentence at Atlanta Prison in 1925. It’s from there that he authored his famous paper “First Message to the Negroes of the World from Atlanta Prison.”

In it, he wrote, “After my enemies are satisfied, in life or death I shall come back to you to serve even as I have served before. In life I shall be the same; in death I shall be a terror to the foes of Negro liberty. If death has power, then count on me in death to be the real Marcus Garvey I would like to be. If I may come in an earthquake, or a cyclone, or plague, or pestilence, or as God would have me, then be assured that I shall never desert you and make your enemies triumph over you.”

When he was released from prison in 1928 after serving three years of his sentence, Garvey travelled to Geneva, Switzerland, to speak to the League of Nations on issues of race and the worldwide abuse of people of color.

A few months later, he returned to Jamaica where he established the People’s Political Party, that nation’s first modern political organization. Its platform focused on workers’ rights and the poor.

In 1935, Garvey returned to London where he lived and worked until his death at age 52. Marcus Garvey died on June 10, 1940 from complications brought on by two strokes. Due to World War II travel restrictions, he was originally buried in St. Mary's Roman Catholic cemetery in Kensal Green, London. But on November 13, 1964, his body was exhumed and buried beneath the Marcus Garvey Memorial in National Heroes Park in Kingston, Jamaica.

While in London, Garvey continued to write and coordinated the establishment of the School of African Philosophy in Toronto to train future leaders of the Universal Negro Improvement Association. By then, the organization had more than a thousand chapters worldwide.

Although his legacy as a leader and activist lives on, Garvey’s separatist and Black Nationalist views were not embraced by many of his peers. In fact, W.E.B. Du Bois of the NAACP famously said, “Marcus Garvey is the most dangerous enemy of the Negro race in America and in the world.”

However, Garvey’s supporters prefer to focus on his key message, which was steeped in African American pride. After all, he is credited with coining the phrase “Black is beautiful.”

His philosophy is perhaps best exemplified in the following quote: “We must canonize our own saints, create our own martyrs, and elevate to positions of fame and honor Black men and women who have made their distinct contributions to our racial history … I am the equal of any white man; I want you to feel the same way.”