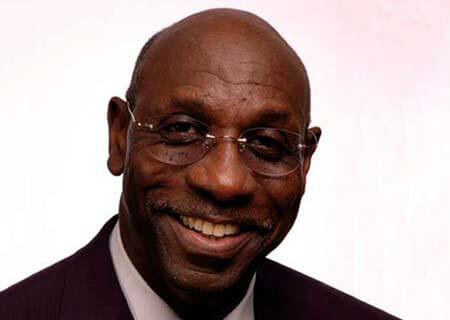 Na’im Akbar is a Bestselling Author, Here Are Some Of His Books.

"Black People in America have a much greater inner power than they realize, but they must re-discover themselves in order to use it."

Dr. Na'im Akbar has been acclaimed by Essence Magazine as "one of the world's preeminent Psychologists and a pioneer in the development of an African-centered approach in modern psychology." Akbar has served as Associate Professor at Norfolk State University, was Chairman of the Morehouse College Psychology Department and is currently on the faculty in the Department of Psychology at Florida State University in Tallahassee, Florida. He has served on the Boards of Directors of a variety of important civic and professional organizations, including several terms on the Board of the National Association of Black Psychologists, which he was elected president in 1987. He has served on the editorial board of the Journal of Black Studies and for eight years was the associate editor of the Journal of Black Psychology.

At the University of Michigan, he received many honors for his progressive and landmark contributions to his specialized studies of the psychology of the African Americans. Among these are the "Annual Member Award" and recognition as a "Distinguished Black Psychologists" by the National Association of Black Psychologists for his outstanding scholarship and research in African Psychology.

The published volumes of Dr. Akbar's works are excellent illustrations of the unique and special approach he has taken to the role of an activist scholar. His volumes are targeted to a mass audience. Though the concepts that he presents are highly sophisticated, they are presented in a concise and simple way that readers with minimal education and possibly no familiarity with mainstream psychology will be able to comprehend the ideas from his books and increase their understanding of themselves. Though his scholarly status is unquestioned this area of his work is targeting a much broader audience than would likely encounter his works prepared for advanced students, professional colleagues and for the dialogue of the academy.

He feels very strongly that truly relevant ideas should be available to as wide an audience as possible in order that they may study these ideas and apply them to their lives and to their communities. The measure of success for this aspect of his scholarship becomes the number of people from various walks of life that have been able to study these ideas, change their lives and their world.